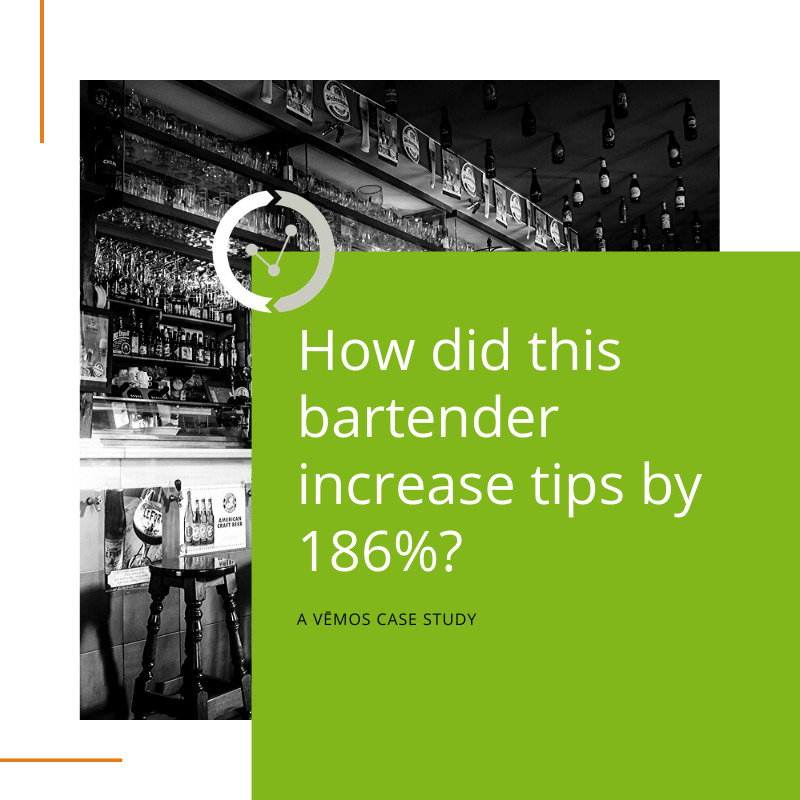 No bartender wants to serve a minor, but mistakes happen. And that’s what happened to Sarah Upton, a bartender at Texarkana 67 Speedway. An innocent math error caused her to fail a sting and get slapped with a $500 fine. It was a simple human mistake we’ve all experienced at one time or another, and it was one she knew she never wanted to make again.

That’s when she turned to Vēmos.

“Before I found Vēmos, I was a constant nervous wreck,” Sarah informed us. “My lines would get backed up all the way down the field. It took me forever to pinprick every ID. I felt like I needed to get people through, but was so nervous that I was going to miss something on the ID. Which I did, and got busted for it.”

After getting slapped with a fine, Sarah started researching a solution that would make sure she didn’t get caught in this situation again. What originally started as a search for a simple age verification system turned into a bigger opportunity than she could have imagined. Several ID Scan companies appeared in her search results, but Vēmos was the one that stuck out the most. “The V was like Victory – there it is! That’s it! It had everything I was looking for and more.”

Sarah downloaded the app, and went right to work. “There were no obstacles to get started. I popped open the app, started scanning, and it never failed me. It’s very precise. It beeps if there’s an under age guest. It beeps if there’s someone with an expired license. You don’t have to take the time to nit pick a license. You just stick it under the camera and boom! It’s done. My night was so much smoother as a result.”

But how much smoother? That was the question we knew we needed to get more insight on, so we dug in further to get an example.

“I used it that first Friday night, and I was so relaxed,” Sarah continued. “The app is so quick. I didn’t get behind in checking IDs. By the time intermission came around, I already had everyone’s ID checked, I’d stamp their hand if they’ve already been checked once, and it just worked out perfect! I didn’t have a great big line like I usually did. This process was so much quicker to get them served, get them out of the way, and get them back to their entertainment. When they’re standing in my line, they’re not getting the entertainment they came to see.”

Experience is something we talk a lot about here at Vēmos, so we wanted to understand how having a smoother process impacted guest experience. We inquired if not standing in a slow line changed how her customers interacted with her.

“Yes it did!” Sarah immediately replied. “Everyone was so friendly and complimented how smooth the line was and how quick and precise the app was. I spent more time interacting with the guests because I wasn’t so stressed about picking apart the ID. I even caught numerous expired licenses because of the app, and was able to tell the guest. They didn’t even know it was expired and thanked me — they thanked me even though I didn’t serve them because their ID was expired! Oh, and by the way, I made the best tips I ever made out there!”

Now that’s something worth diving into. After discussing her average tips prior to this night, then compared to what she received, we discovered she more than doubled. In fact, it was an increase of 186%. Was it because there were more people? Was it a busier night than usual? Turns out, no. It was a similar attendance to previous nights, many of whom were repeat guests. So why the sudden and drastic increase?

“I think it’s because they knew I was being very friendly. They weren’t spending their night standing in my line. It was so much quicker. I was able to talk to everyone. Nobody was mad that I had to scan their ID. I just explained to them that it’s a process we started and that if they come out here they have to have their ID scanned. And they would respond saying that I’m just doing my job and covering my bases. Everyone was really friendly with it.”

Those are the intangibles that come along with equipping yourself with the tools that allow you to do your job better. For Sarah, what started as a failed sting ended up with faster operations, happier guests, and increased tips. And of course eliminating her risk of getting busted again.

“I will never work without this app again. I will quit my job if I don’t have this app. There’s no reason why you should get a citation. If this app is used right, there’s no way you can get in trouble. No way. If you scan every ID that comes through —I don’t care if they look like they’re 100 years old —you can’t get caught. It’s too precise.”